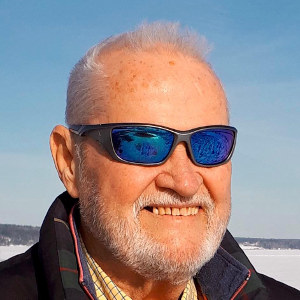 David began his newspaper career at the age of eight when his father bought the Durham Chronicle. He worked after school and on weekends cleaning and sorting type, washing presses, melting down the led from the week’s people and pouring ingots for the next.

He worked for Southam Business Publications Ltd. in Toronto and Montreal before moving to Pictou County, NS, in 1966 to join his father, George, in a printing business acquired free for taking over the loans.

In 1970, the same thing happened again when the Bugle in Woodstock was on the rocks after the owner died in a car accident.

David moved to Woodstock and later traded his interest in the Pictou County company for the Bugle.

Weekly newspapers had no editorial or sales staffs in those days. Electronic typesetting and web offset printing were revolutionizing the business with multiple advancements in quality of productivity.

David was a founding member of the Atlantic Community Newspapers Association to build the infrastructure of a brand new range of skills. It held conventions on university campuses to put on seminars for novice staff and publishers.

In 1972, David became a member of the first board of the Canadian Community Newspapers Association, a confederation of the regional associations. He developed and worked on programs to provide audited, paid circulation credentials to advertisers and toured the regions after conventions promoting membership and engagement.

When UPEI and Kings College opened journalism schools, he served on advisory boards for each and conducted seminars.

David was an early adopter of the web for newspapers. He began using the creative staff of the papers to build web sites, create a community portal and put the Leader on line in 1997 when most internet users had dial up, 28k modems.

David and George had shared fervent ideas about community newspapers. One was the importance of local news. When people asked why important national or international news was not in the paper, David would say, “I have a deal with Time magazine”. I don’t cover the world and they don’t cover the Miramichi”. He did have a way of making national stories local. When a tornado laid waste to Edmonton, they found an EMT and a fire man, natives of Miramichi, who were involved in the recovery.

They also believed local columns were the spine of a paper. In even the smallest papers, a columnist could recap the sports scene or anything else that might be a section in a mass circulation daily. David sponsored and endowed the Outstanding Columnist Award in CCNA competition.

David believes what is in the paper is what people should be talking about in coffee shops.

He also believed in concentrating on whom the paper was being published for. He knew the advertisers wanted to reach the person who was the chief decider for household supplies. Knowing that was almost always a woman, he labeled them the general managers of the household. She didn’t care so much who led her kids’ league in scoring. She cared if it was fun and safe. That influenced minor league coverage.

He also believed great responsibility goes with the privilege of running a newspaper. He was very reluctant to censor ideas. A classified ad announcing the annual meeting of FLAG, Fredericton Lesbians and Gays ran in his papers every year when no one else would accept them.

He also believed in treating people equally. That made for anger when the upper crust could no longer get away with private Saturday morning trials or changes to courts in other communities. When David lost his licence for impaired driving, he got the trial moved to Miramichi so no other paper could scoop him on the front page story. That led to people tipping the paper when cover-ups were attempted.

David believes his best talent in newspaper publishing has been his instinct for journalistic talent. There have been so many they can’t be listed without sad omissions but there are a few with special twists. Dee Bradley in Woodstock was a typesetter who became editor. Donna McEwen in Dalhousie applied as a typesetter, was hired as a reporter and became editor. Sharon Fraser, a nurse, tipped as a columnist became editor and moved on to other positions in print and broadcast journalism and lectured at Kings. Rick MacLean applied after getting his undergraduate BA and was instantly hired during his interview. A few months later, his application to the Canadian diplomatic corps came through. He joined but kept sending in stories about Miramichiers he encountered on his national and international tours. He soon left, went back to Western for his Masters in journalism, returned to the Leader and continued his career until he became a great teacher at Holland College.

These are just a few who came to journalism with no prior education.

David learned the hard way that he tended to hire people who would make good reporters. Not good when the job was bookkeeping, ad sales or running a newspaper press. He soon delegated those responsibilities to others.

David believes that it is impossible to have a healthy democracy without politically independent monitoring from media.

- from Gail Harding, Former reporter, associate editor and editor of the Miramichi Leader 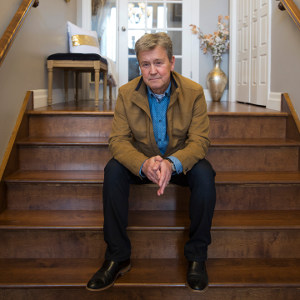 Glen Carter is senior anchor of the NTV Evening Newshour, the province's top newscast for over two decades. Glen first started his broadcast career at NTV in 1980, reporting on the province's top stories and anchoring the flagship newscast. Although he'd start his career at NTV, Glen would later take his talent to newsrooms all over the country - with lengthy stops in Nova Scotia, Ottawa and Calgary. He's spent the past 15 years back at where it all started, NTV. Glen has been in the anchor chair for provincial and federal elections, anchored thousands of newscasts and interviewed world leaders. He's literally done it all in his wonderful career. He's also authored several books and serves as a mentor to all the journalists here at NTV. We can't think of anyone from this province more worthy of the honour at this time. 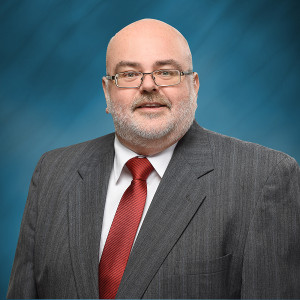 Vernon Oickle was born and raised in Liverpool, Nova Scotia, where he continues to reside with his wife, Nancy, and their family.

Growing up in a small town in rural Nova Scotia, Vernon had always wanted to pursue a career as a newspaper reporter and actually started his newspaper career as a Grade 11 student at Liverpool Regional High School by working on the school’s paper. After completing high school in 1979 and despite having the choice of attending journalism school closer to home, he moved to Lethbridge, Alberta, where he attended Lethbridge Community College. Upon his graduation in 1982 with an honours diploma in Journalism, the love for his home province brought him back to Liverpool where he began his professional newspaper career at the local weekly newspaper, The Advance.

Since then, Vernon has carved out a distinguished career as one of the hardest working and most respected journalists in Nova Scotia. As a testament to his success, Vernon has won numerous regional, national and international awards for news reporting, opinion writing, photography and newspaper design. In 2009, 2013 and 2014, the International Society of Weekly Newspaper Editors based in Missouri named him as one of the top 12 editorial writers among their membership.

In 2012, Vernon won the society’s prestigious Golden Quill Award for best editorial writing among its international membership. Up to that point, he was only the third Canadian editor and the first Nova Scotian to win this honour since it was first presented in 1961. Also that year, he won the H.R. Long Scholarship for Excellence in Editorial writing from the International Society of Weekly Newspapers Editors Foundation.

By the time Vernon left The Advance in 1994, he had been appointed editor, along the way helping to establish the paper as one of Canada’s best weeklies in its circulation class. He was the editor of the award-winning weekly newspaper, The Bridgewater Bulletin and The Lunenburg Progress-Enterprise, from 1994 to 2014, during which time he won numerous awards for reporting, photography and opinion writing including the Best Local Editorial Award in 2013 from the Canadian Community Newspapers Association. He is the recipient of both the Bronze Quill and Silver Quill awards given by the Canadian Community Newspaper Association for a distinguished career in the community newspaper industry.

Throughout his weekly newspaper career during the 1980s, 1990s and early 2000s, Vernon covered some of the most high profile news events to impact Nova Scotia, Canada and, in some cases, the world. Those stories began with his in-depth reporting of the Jane Stafford-Hurshman murder trials in 1982 and carried on with his reporting on record-breaking drug seizures in Queens County, the shooting of RCMP Staff Sgt. Derek Burkholder, and culminating with the crash of Swissair Flight 111 at Peggy’s Cove on September 2, 1998, an event that has left an indelible and lasting impact on the entire South Shore region of Nova Scotia.

Today, Vernon continues his journalistic career, writing a general interest column — The View From Here — that appears in the South Shore Breaker, a weekly publication that was launched in the spring of 2014, and reaches more than 40,000 readers with his opinions and reflections on rural life in coastal Nova Scotia.

In addition to being an award winning journalist and editor, Vernon is the author of 34 books, many of which collect and preserve the heritage and culture of Atlantic Canada. For the past decade, books by Vernon have dominated the Nova Scotia Best Seller’s List making him one of the most prolific writers in Atlantic Canada.

His books include the 1993 best-seller Life and Death After Billy: The Story of Jane Stafford; the 1994 Friends and Neighbours: (a collection of stories from The Liverpool Advance); the 1997 Busted: Nova Scotia’s War on Drugs; the 1999 Queens County in photos; the 2001 Ghost Stories of the Maritimes; the 2001 novel Dancing With The Dead; the 2002 Ghost Stories of the Maritimes Vol. II; the 2007 Disasters of Atlantic Canada; the 2008 Canada’s Haunted Coast; the 2008 The Editor’s Diary: The First 13 Years; the 2010 Angels Here Among Us; the 2010 best-selling novel One Crow Sorrow; the 2011 best-seller Red Sky at Night: Superstitions and Wives’ Tales Compiled by Atlantic Canada’s Most Eclectic Collector; the 2011 novel Two Crows Joy; the 2012 South Shore Facts and Folklore; the 2012 novel Three Crows a Letter; the 2012 novel Four Crows a Boy; the 2014 biography I’m Movin’ On: The Life and Legacy of Hank Snow; the 2014 tourism book Beaches of Lunenburg-Queens and the 2014 Nova Scotia’s Outrageous Outhouse Reader (The Big Book of Nova Scotia Trivia).

In addition to his long list of newspaper awards and honours, in 2012 Vernon received the Queen Elizabeth II Diamond Jubilee Medal, recognizing his contributions to his community, province and country, and in April 2015 he received a Distinguished Alumni Award (Community Leader) from Lethbridge College where he studied journalism from 1980 to 1982, graduating with an honours diploma in 1982. As a testimony to his outstanding career, in 2014 the South Queens Middle School in his hometown, Liverpool, announced the creation of the annual Vernon Oickle Writer’s Award to be given annually to a student who excels in the art of writing, either fiction or non-fiction.

- from Brian Freeman, Journalist and editor at The Liverpool Advance and retired copy editor from The Chronicle Herald.